Company owner, together with its technical staff who has acquired great experience and professionalism in the field of clay roofing tiles production, found in the Bongioanni Staff those experiences and skills such as to further improve the production of roofing tiles line.

The project objective consisted in the renovation of the existing roofing tiles line, to be carried out during the plant shutdown scheduled for the beginning of the current year and it involved the following works:

1. Replacement of existing pressure-head and extrusion dies of the extruder with a state-of-the-art technological solution.

2. Replacement of the guillotine cutting line with a high-precision electronic double-blade cutter and with the introduction of independent stop-devices on the clay batts loaders, specifically designed to assure the high accuracy of the loading.

4. Renovation of the roofing tiles models with technical improvements and esthetical enrichments.

In detail, the scope of supply consists of the following equipment, designed, manufactured and started-up by Bongioanni, that in the field of clay roofing tiles can count to its credit of more than 730 presses manufactured so far, most of which are still in operation today.

To this date, Bongioanni Stampi, has studied, designed, manufactured, and tested far more than 3.330 new models of roofing tile.

1. The supply of a new type of pressure-head, expressly designed to optimally fit the needs of the symmetrical vertical extrusion of regular or preformed clay batts, according on the type of products. The internal surface of the pressure-head has a coating made of self-lubricating polyamide which improves the sliding of the clay thus reducing the friction and consequently the energy consumption too. As a result, the extrusion process allows to have both the clay batts perfectly equally extruded.

The expected result has been reached and the excellent outcome of this improvement are the two clay batts perfectly equally extruded. The extrusion die supplied in combination with the pressure head is an ALFA-type and it is fitted with an internally adjustable system to activate the brakes and of a special device placed at its entry, which acts as homogeneous feed distributor of the two clay batts’ exits.

The extrusion dies have been manufactured with dimensions increased in length, to obtain a greater conical section and studied to eliminate the stresses inside the clay batts to eliminate the deformation of the roofing tile.

Once stabilized the plant, the frames made of tungsten carbides, which besides assuring a considerably long lifespan and the extrusion of a steadily stable clay batt, allow to eliminate any traces of drawing thus improving the final surface of the roofing tile.

The whole group of pressure head and extrusion die is then followed by a double parabolic conveying system that guides the clay columns from the extrusion’s vertical position to the side-by-side horizontal position, in order to reach the cutting area.

2. After the double parabolic conveyor, the two independent blades of the new electronic cutter, perform a high-precision cut. Each blade of the cutter has two asynchronous motors driven through inverter: one for the forward movement of the cutting unit at the same speed of the clay column and the second one for the high-speed cut with a knife.  The Bongioanni electric power board, designed to control multiple parameters at the same time, guarantees synchronized cam movements that result in a slow movement, smooth and accurate despite the high rhythm.

3. The loading units of 2010 have been fitted with new stop-devices which ensure a certain and precise starting position to grant the high precision of the independent cut on the bottom moulds of the drum presses. The side aligners were already installed, but these devices could only assure the load accuracy widthwise.

4. The two presses type 13PV/G, manufactured in 2010, after having produced approximately 159 million of roofing tiles at an efficiency rate of 88%, have well deserved a complete overhaul and therefore they have been brought back to their original conditions and refurbished as brand new. Considering the tight deadline due to the short shutdown period, it has been decided to return one of the two presses to Bongioanni’s workshop, while the second one was overhauled on site.

The construction principle of  all Bongioanni presses allows to perform major overhauls of the machine, thanks to the type of assembly which is based on a main structure, bushes and counter nuts that allow to replace the parts subject to wear, even in the long term, thus repairing the machine and bringing it back to its original condition as new.

Therefore, overall, on the international market the presses Bongioanni are always much sought after, even if of second-hand, thanks to their ease of overhauling. 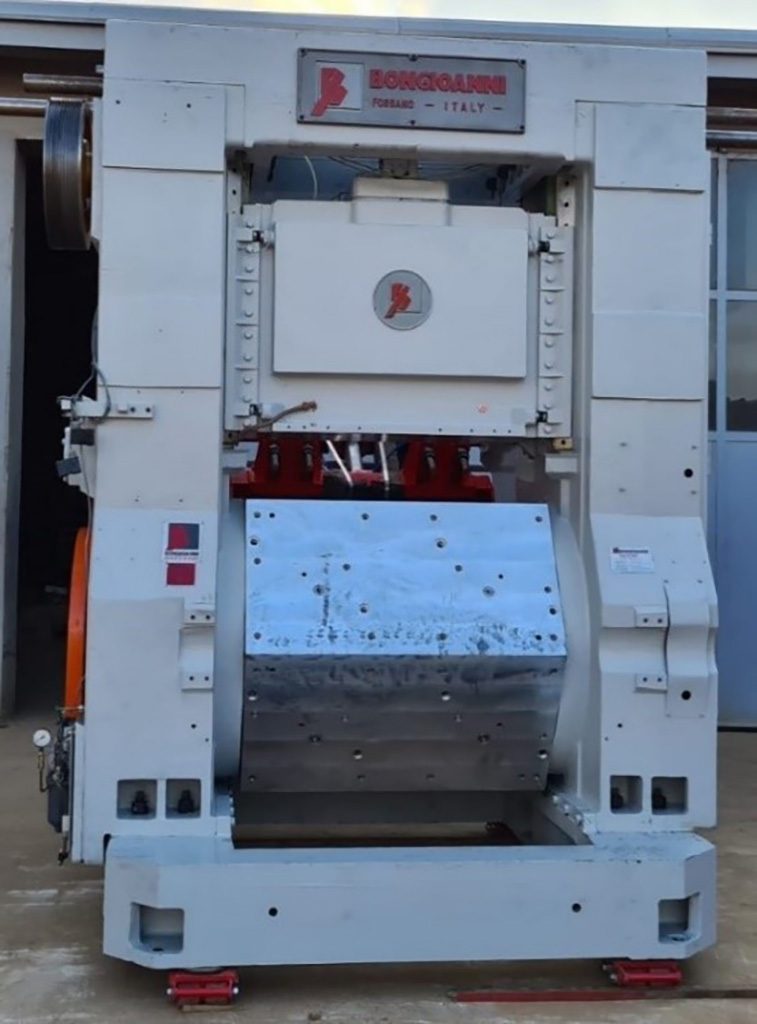 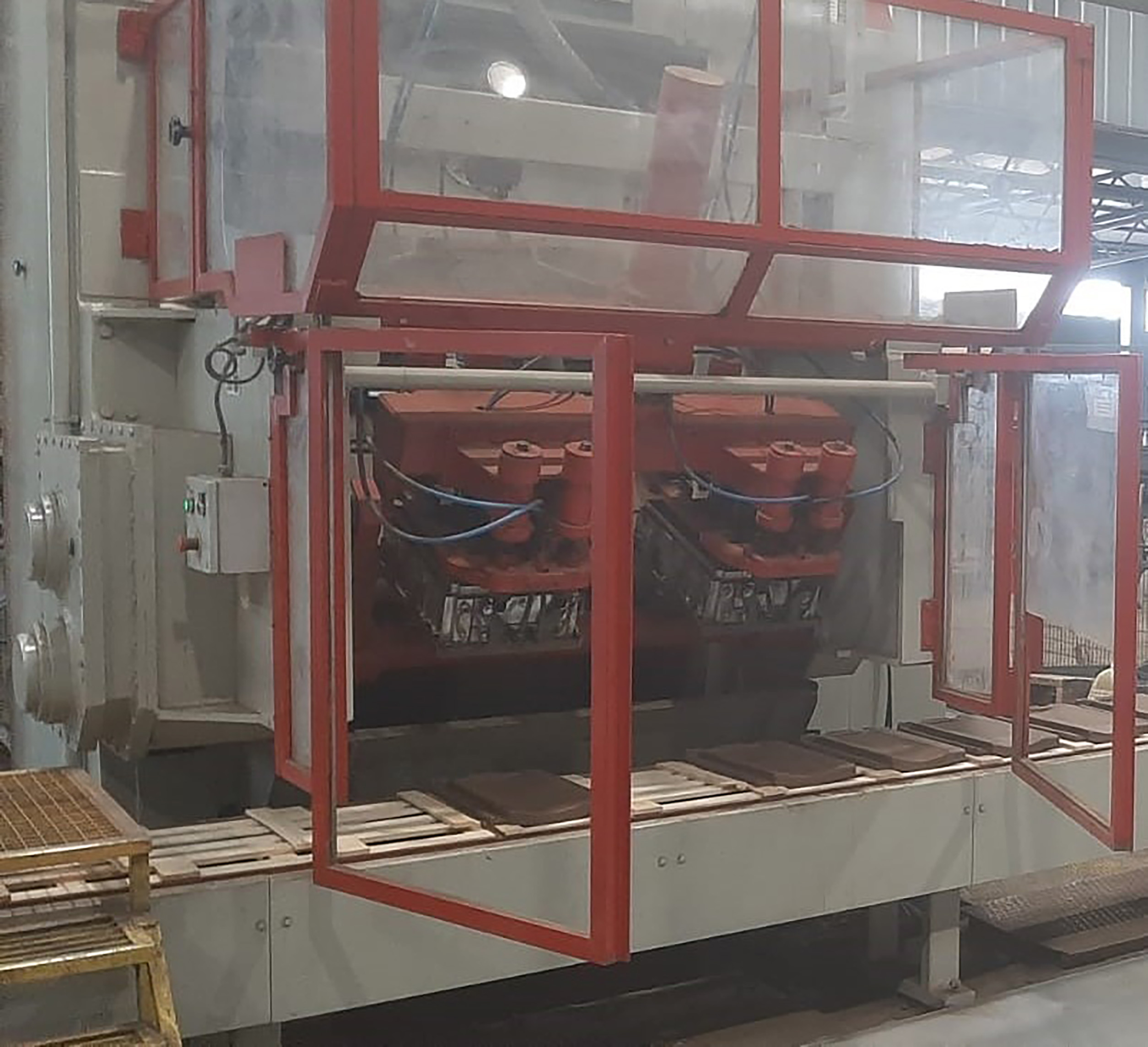 5) Bongioanni Stampi has been assigned the task of redesign the entire range of roofing tiles, with the aim of improving their quality, look and sizes. This has been possible thanks to the extensive knowledge and skills of the technical staff of M/S Mladost and to the high technical standards of Bongioanni Stampi, that led to a further improvement of the already top-level production standards and to a most careful attention to details, in order to be always on the cutting edge of the international market.

The full renovation and refurbishment have been carried out within the deadline set, thanks to the coordination and organization of both parts involved. All the work, which is the result of the technical skills and of the excellent cooperation of both Mladost and Bongioanni, has allowed to achieve the objectives set.

Therefore, this is an opportunity to thank all the people at both Mladost and Bongioanni, at all levels and of every order and degree, for this great team achievement: this is a clear proof that where there’s a will there’s a way.